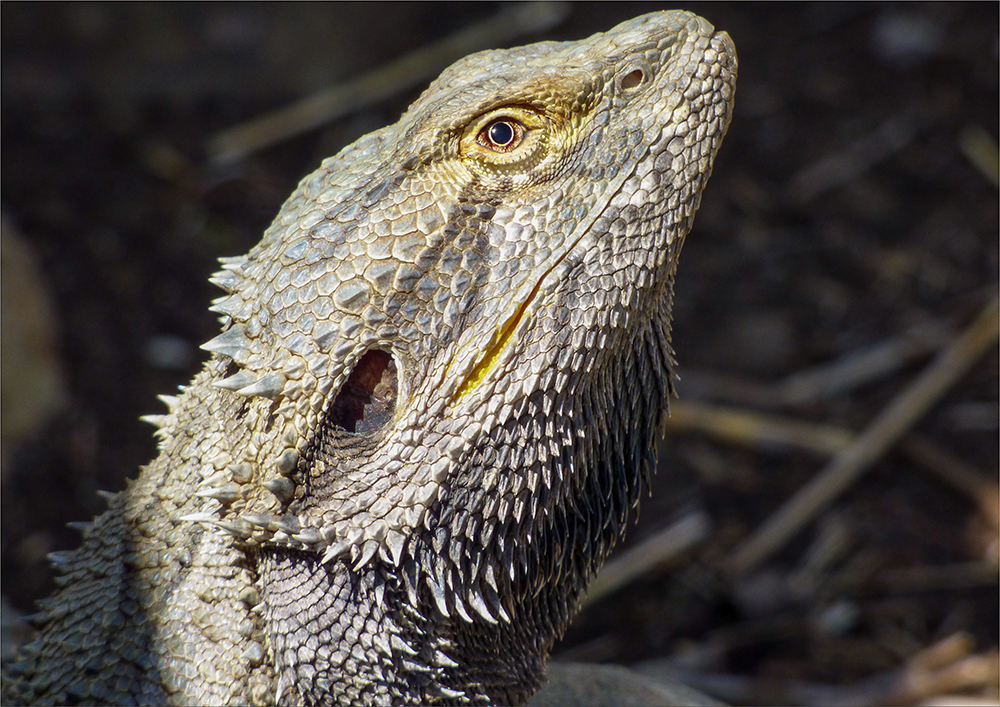 The Eastern Bearded Dragon is possibly one of Eastern Australia’s most recognisable reptiles.

Unlike the Frilled Lizard which people from all over the world associate with Australia, the Eastern Bearded Dragon is a regular resident in some of the most densely populated areas on the Eastern Seaboard giving them a much higher profile amongst the locals many of whom still refer to them as Frillies.

Generally docile, if threatened these guys can provide an impressive display of bluff with their mouths agape revealing the bright yellow interior and their beards and bodies spread to make them appear much larger than they actually are.