Spring has come and almost gone again here in south east Queensland and to say that the weather has been different would be a bit of an understatement. A longer than usual cool to cold winter was followed by some heavy rain, then a bit of a drought, some more heavy rain with a heatwave or two thrown in for good measure. The nights have been considerably cooler than usual for this time of year except during the weeks of heatwave conditions, and we are due for another dose beginning later this week. Weather conditions effect wildlife either favourably such as early spring rains creating ideal conditions for frogs to breed and feed and the trees, shrubs and grasses growing, blooming and fruiting providing abundant food and shelter for insects, birds and bats. The seed and nectar eating birds in our area seem to have benefited from the conditions this spring but those that rely on insects for food don’t appear to have fared so well. Has anyone else noticed the dramatic drop in insect numbers around lately? We live surrounded by bush on all sides but still the numbers and in particular variety of insect life appears to be dwindling every year. Even the wolf spiders which were abundant throughout our grassed (both native and cultivated) areas are noticeably few in number this spring. They eat insects I guess, so it’s not altogether unexpected. The most conspicuous no show this year though has been the flying foxes. The eucalypts have been flowering profusely but the flying foxes have been for the most part absent or only arriving in one’s and two’s. In a world that is pre-occupied with their economies at any cost especially when it comes the environment the signs even locally are scary to say the least. I really hope that the human race comes to it’s senses in time and prioritises the preservation of nature at all costs in order for the continued survival of all species including us.

Based on my observations so far this season it’s probably not going to come as a shock that the herping scene hasn’t been one of the best on record for me at least. I began with a short trip to one of my favourite places in the region, Lamington National Park in the border ranges on the NSW/QLD border. The timing of the trip was facilitated by a change in my work place and co-incided with the end of a weeklong heatwave and a dramatic (for this time of year) cold change on the weekend prior to leaving. It was the first time that I had ever spent hours walking the tracks at night in this beautiful sub-tropical rain forest without seeing too many signs of life at all. Apart from the odd snail, fungi, spider eyeshine and a single frog everything else had shut up shop completely for the whole three nights of my visit. The first two days weren’t much better however a change in the weather on the last day gave me the opportunity to photograph a few of the skinks which call this area home. A magnificent Red-bellied Black Snake also made a brief appearance to soak up some much needed sun early on the last day of my visit. An added bonus was catching up with my sister Judy for a walk in the forest and lunch. We hadn’t seen each other for a very long time and it was awesome to meet up and catch up on old times.

Some of the fungi and flowers from deep within the rain forest. 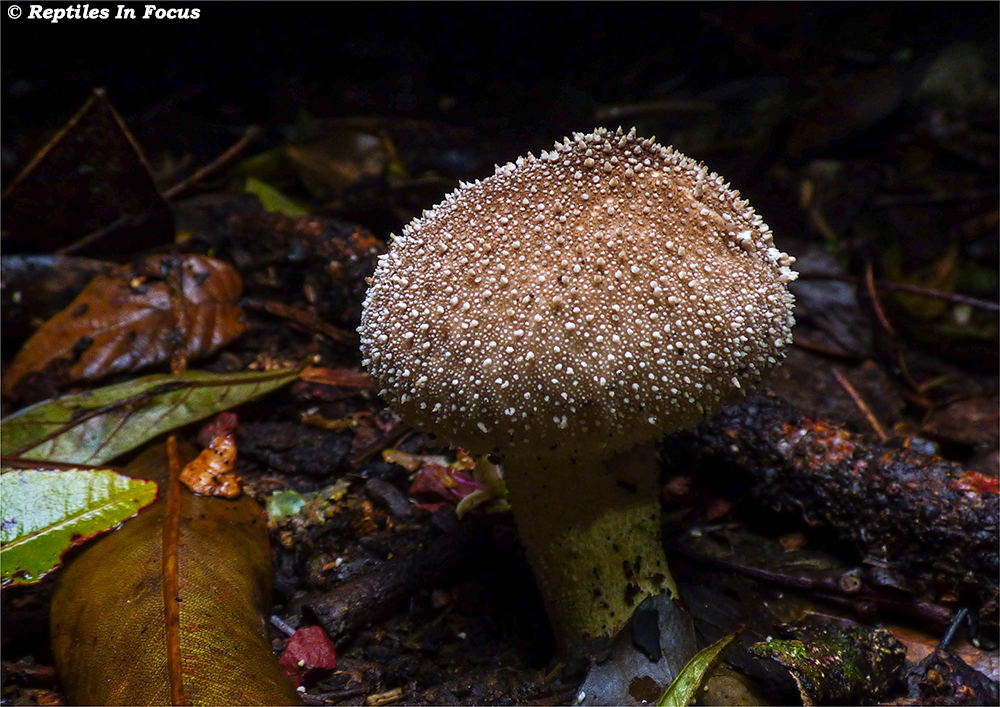 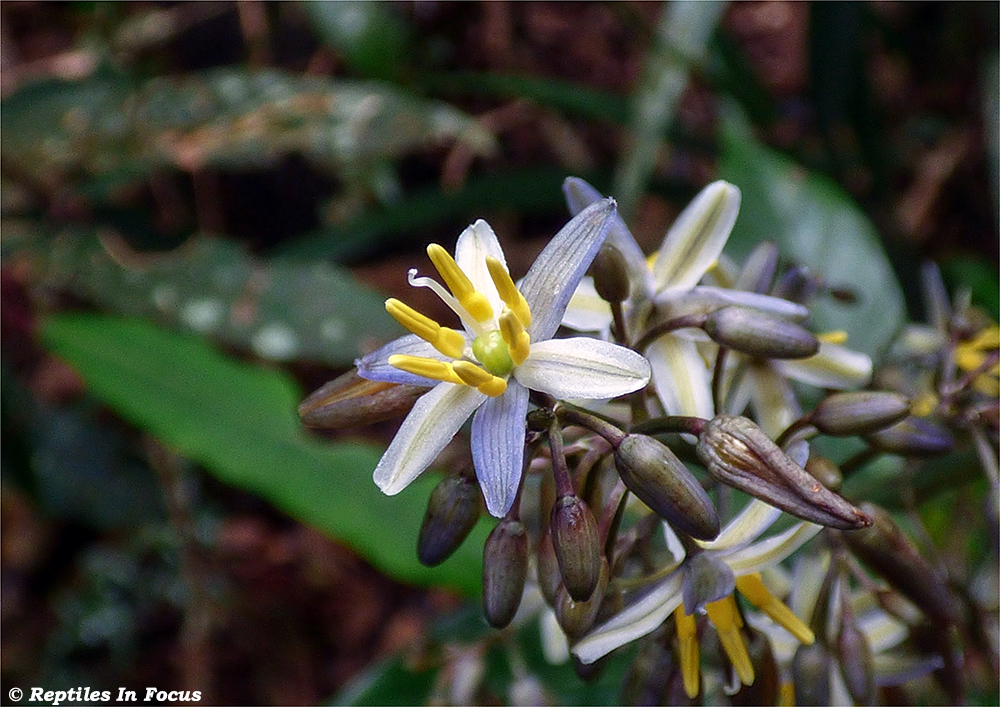 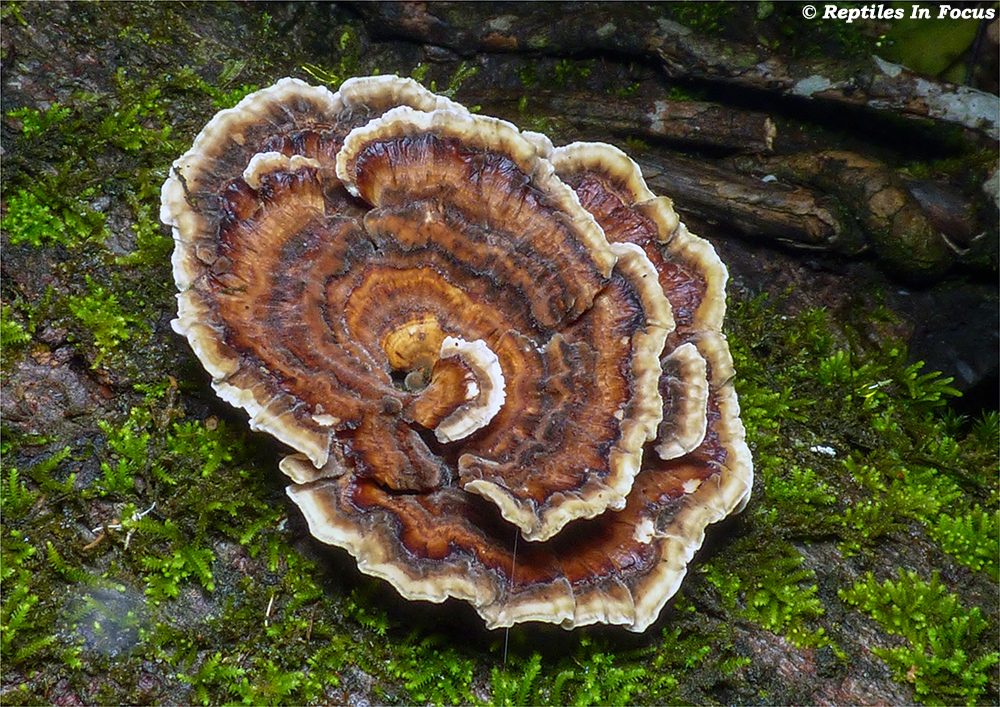 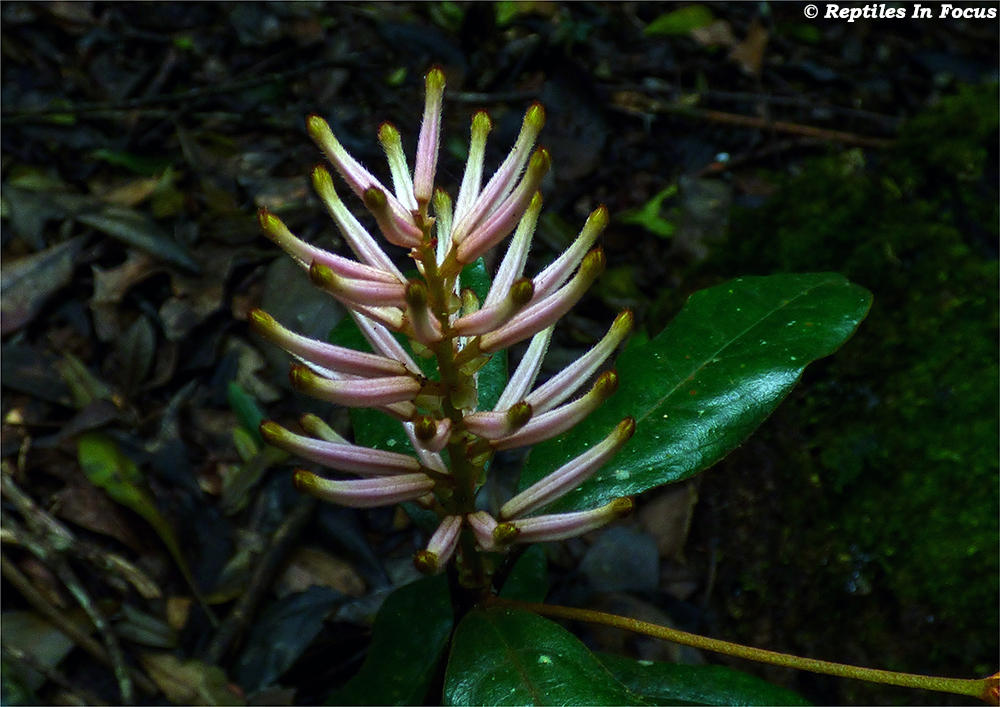 Despite the weather the scenery was still magnificent. 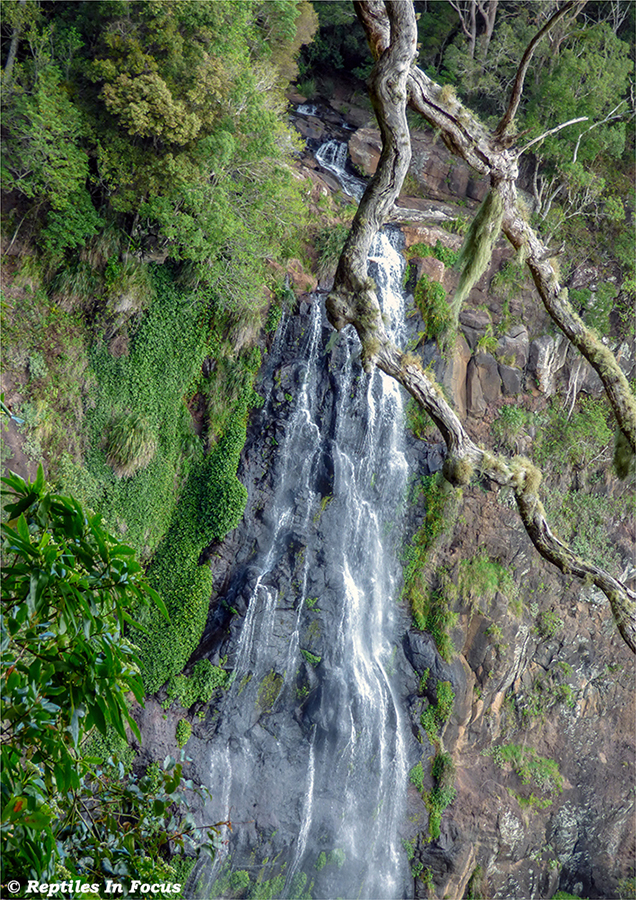 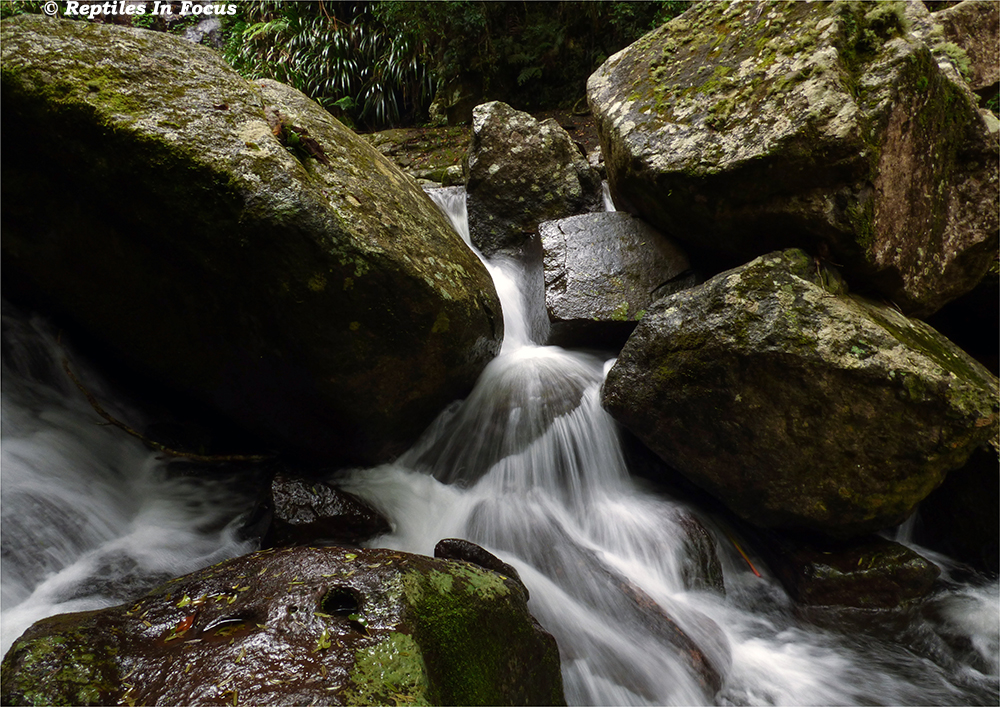 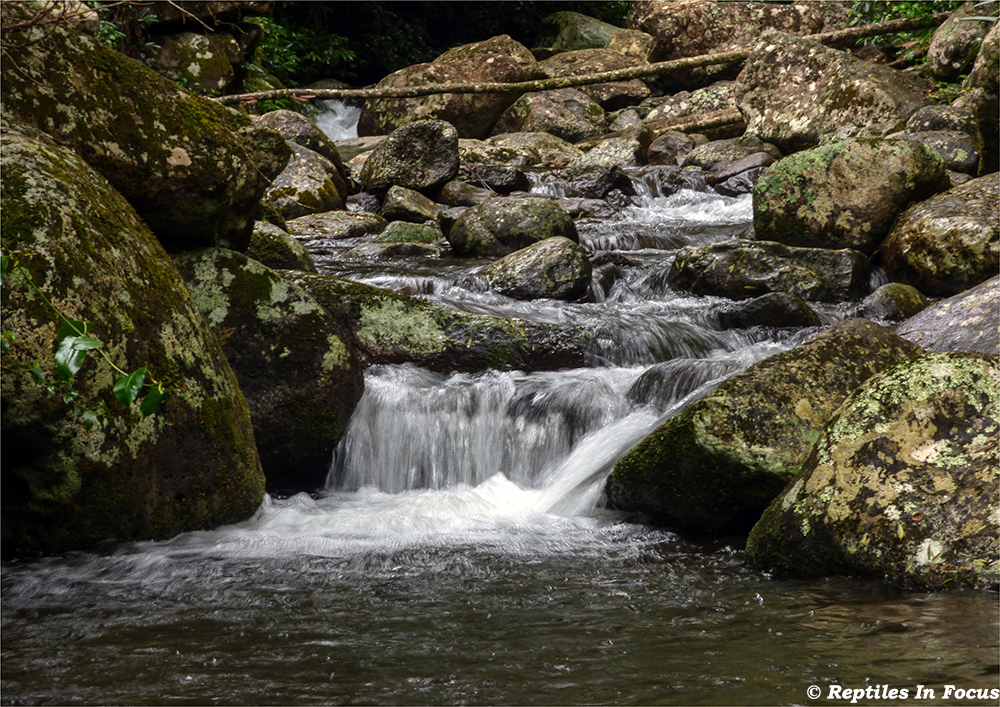 The lone snail and frog, a Black-soled Frog from my mainly fruitless night walks. 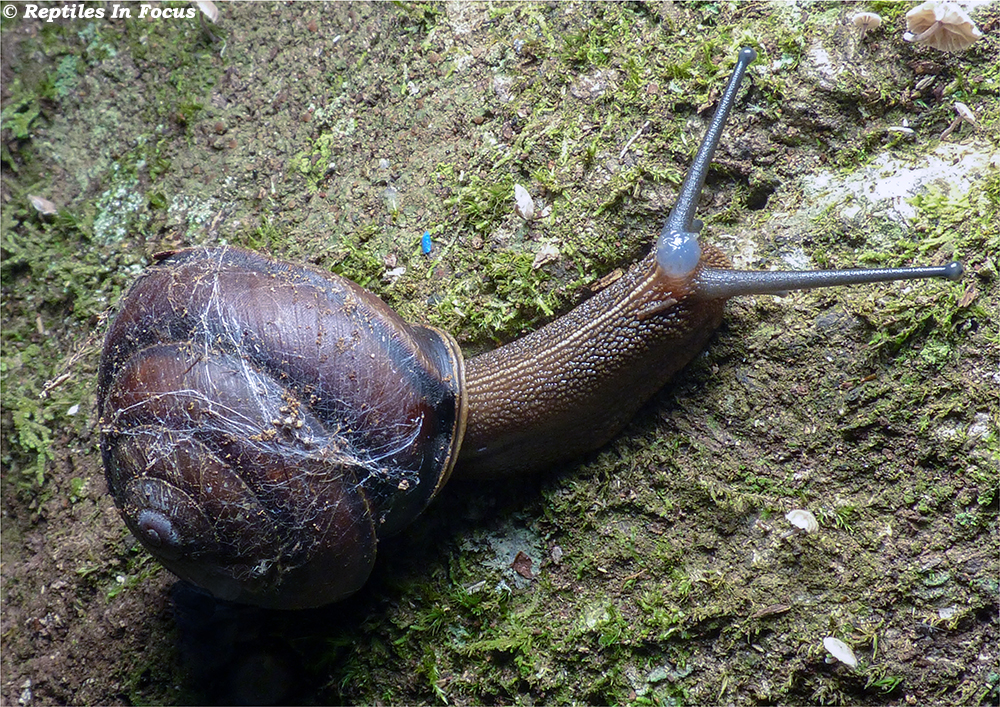 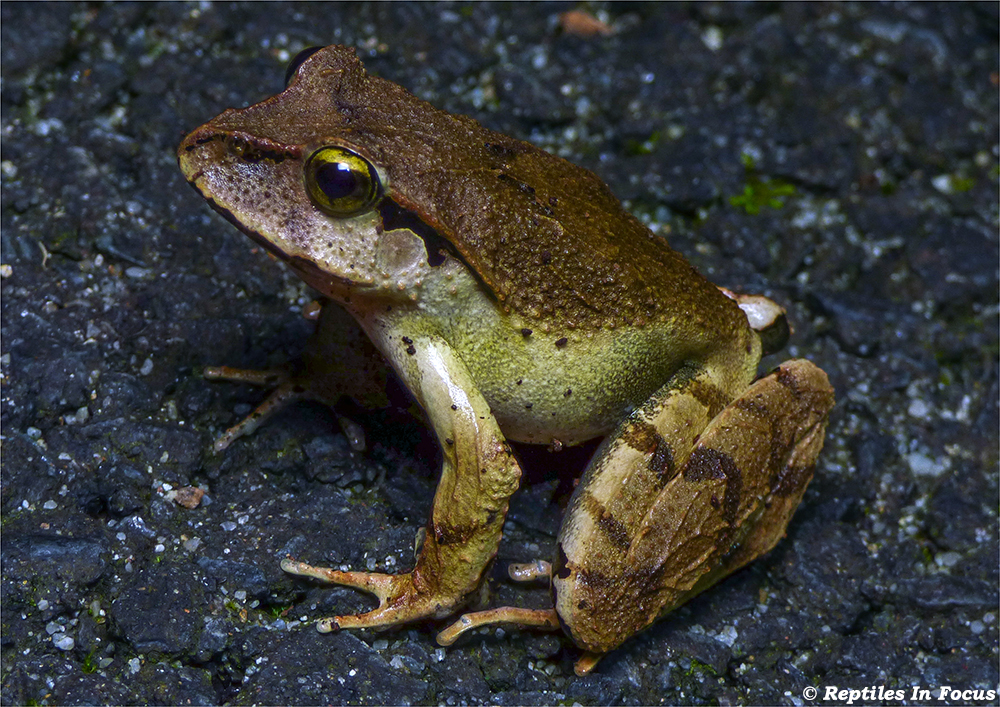 Whilst I was waiting for this Eastern Water Skink to emerge from his crevice home a beautiful male Regent Bower bird flew in and landed on the rock right in front of the crevice. Birds have been habituated to humans here and show little to no fear especially when the trail mix comes out of the back pack. The next bird in the series is the female Regent Bower bird and the final one a male King Parrot. 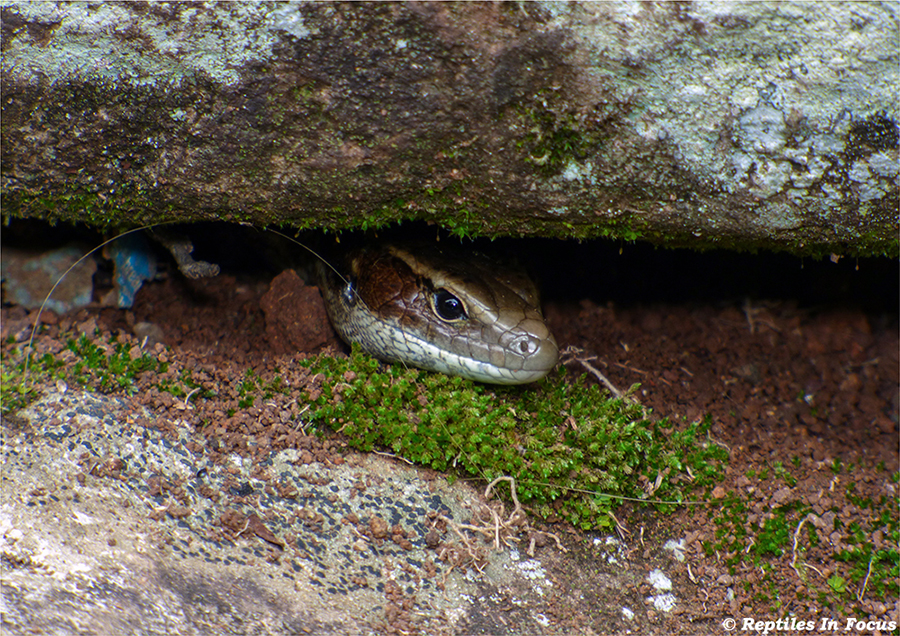 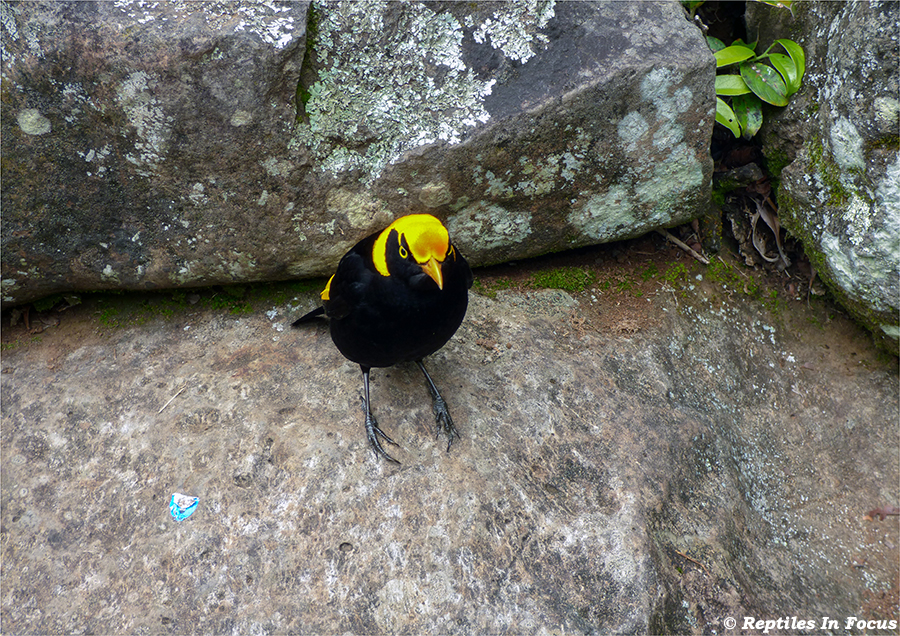 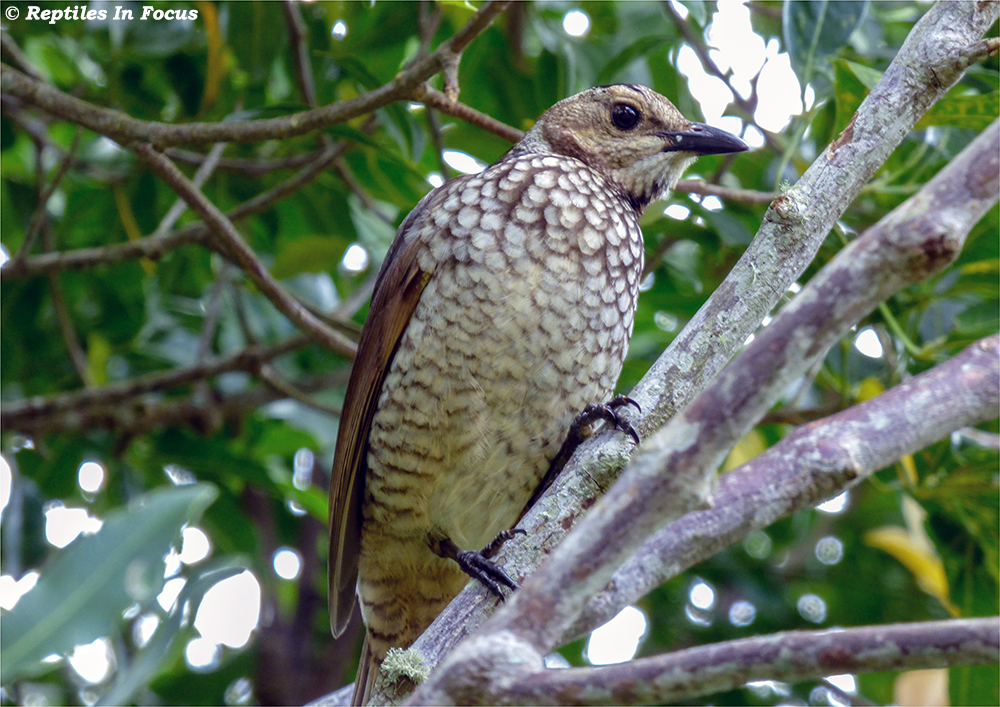 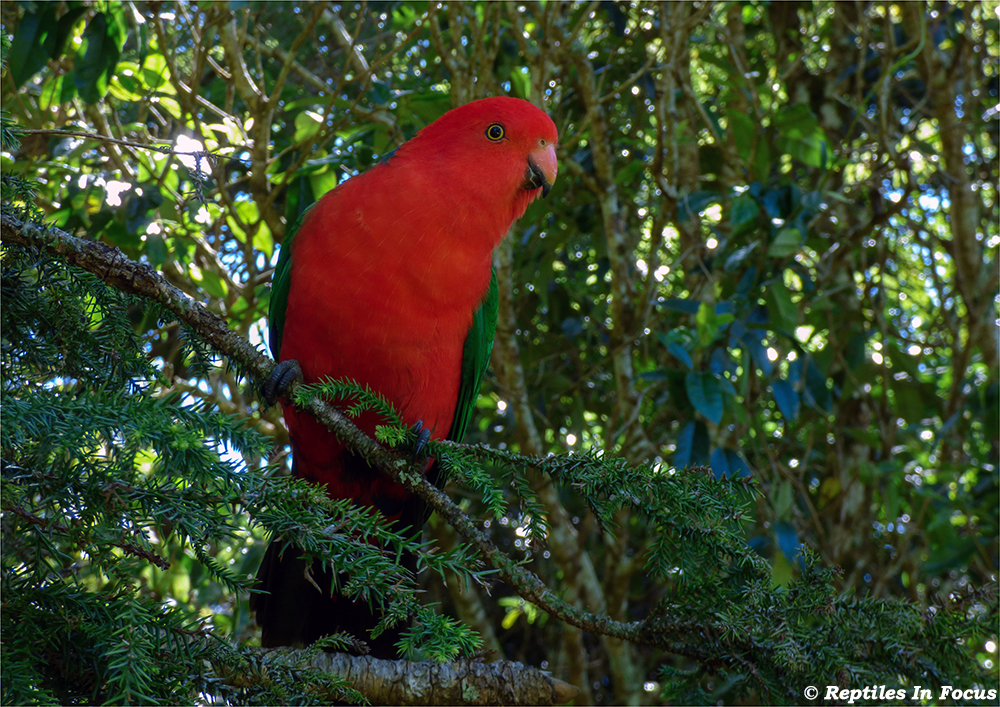 I’ll finish this blog post off with a short series of photos of the skinks that I managed to find towards the end of my stay. The most common on this occasion at least were the Major Skinks. A good photo of these guys had eluded me over the years but I was happy with some of these shots. 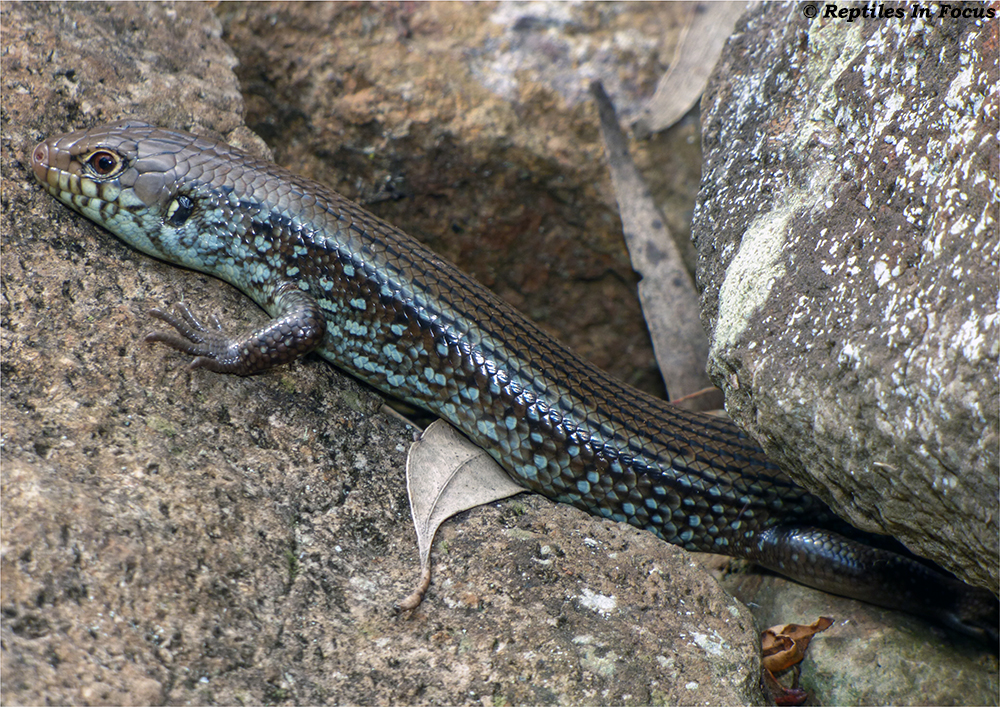 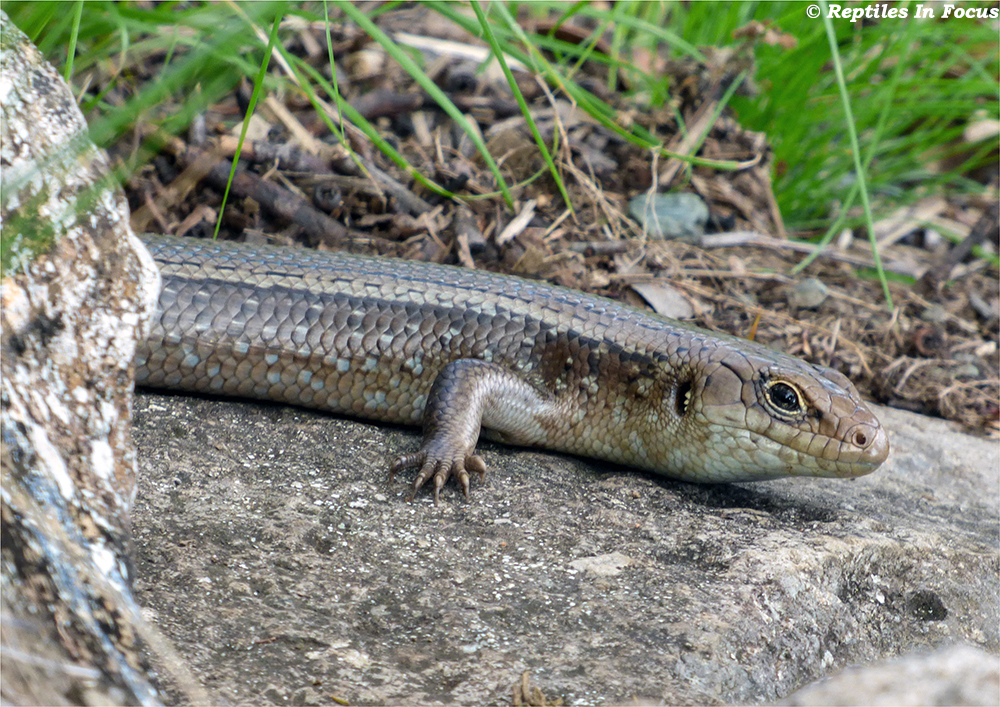 The next most common lizards this trip were the Eastern Water Skinks and Martin’s Skinks. 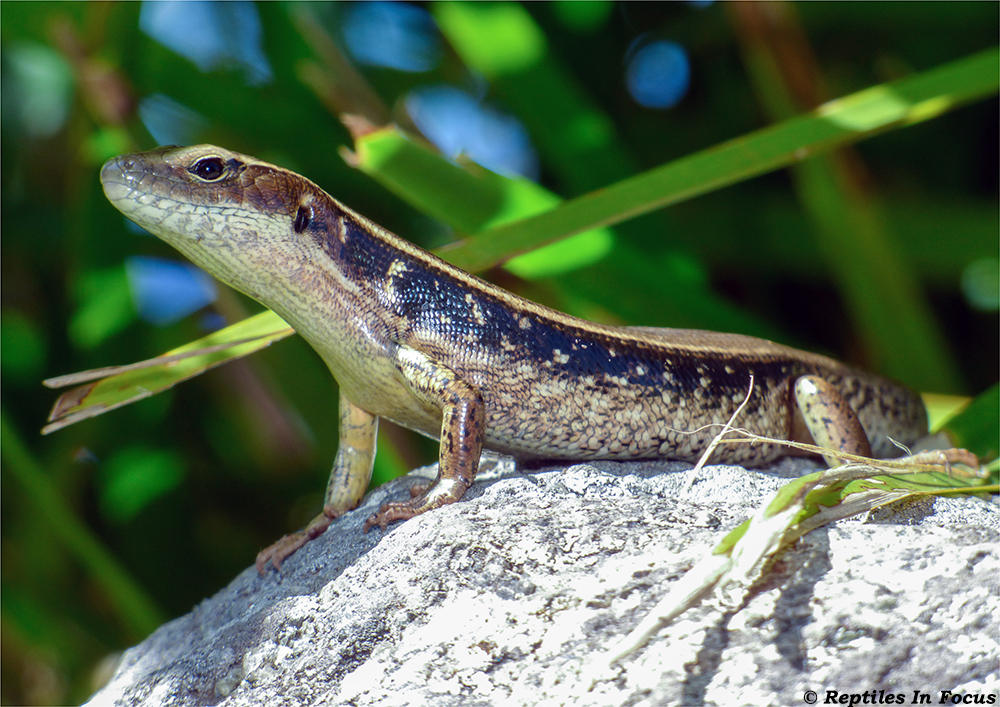 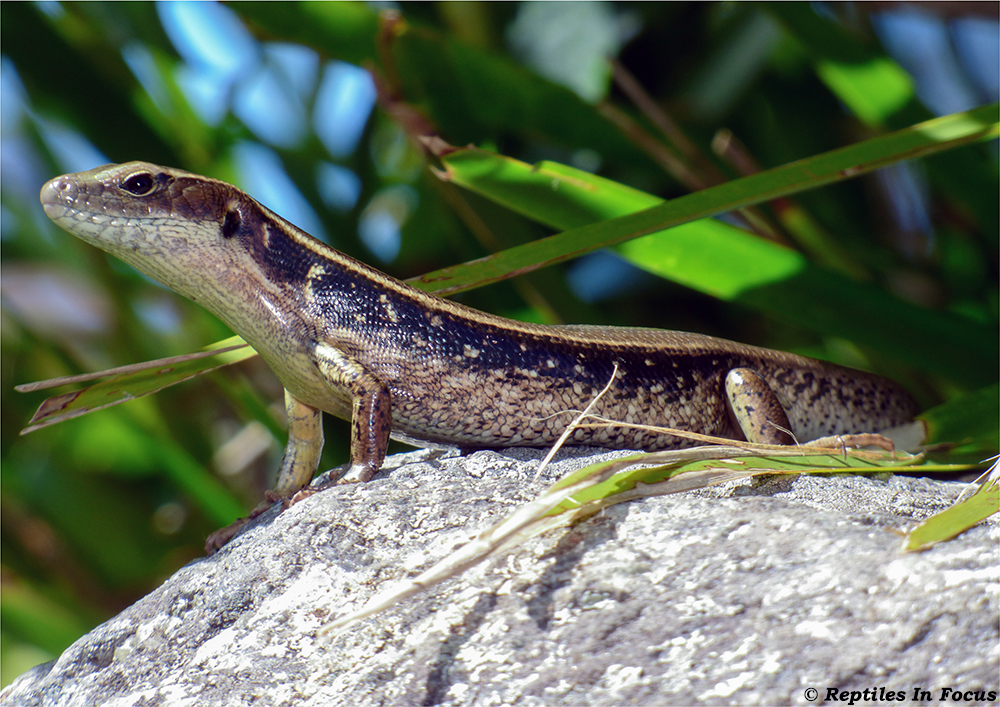 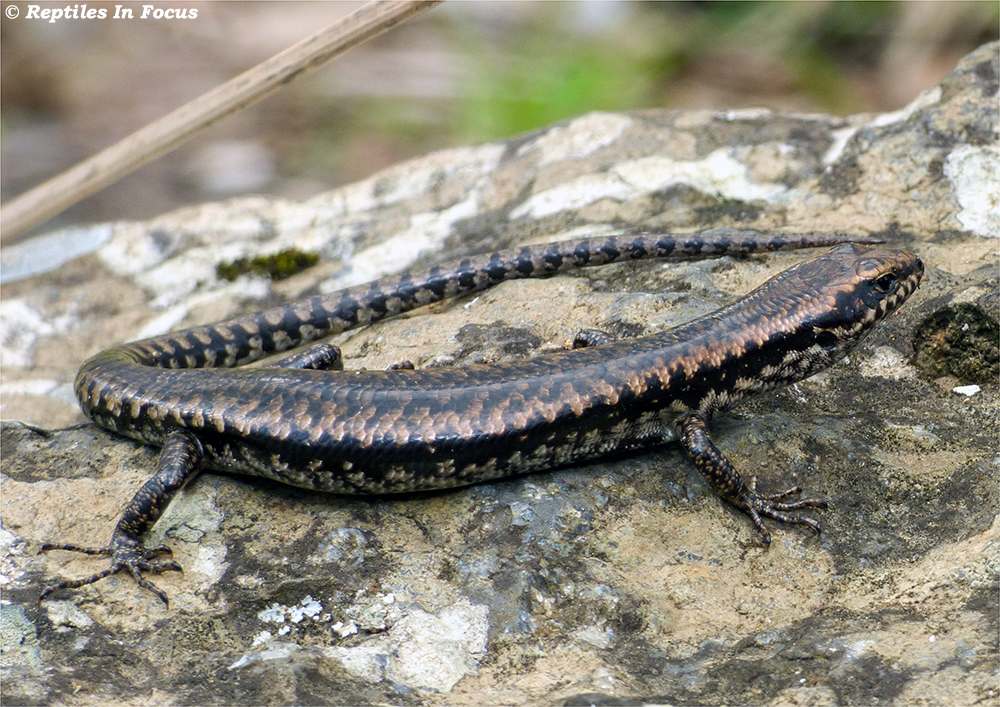 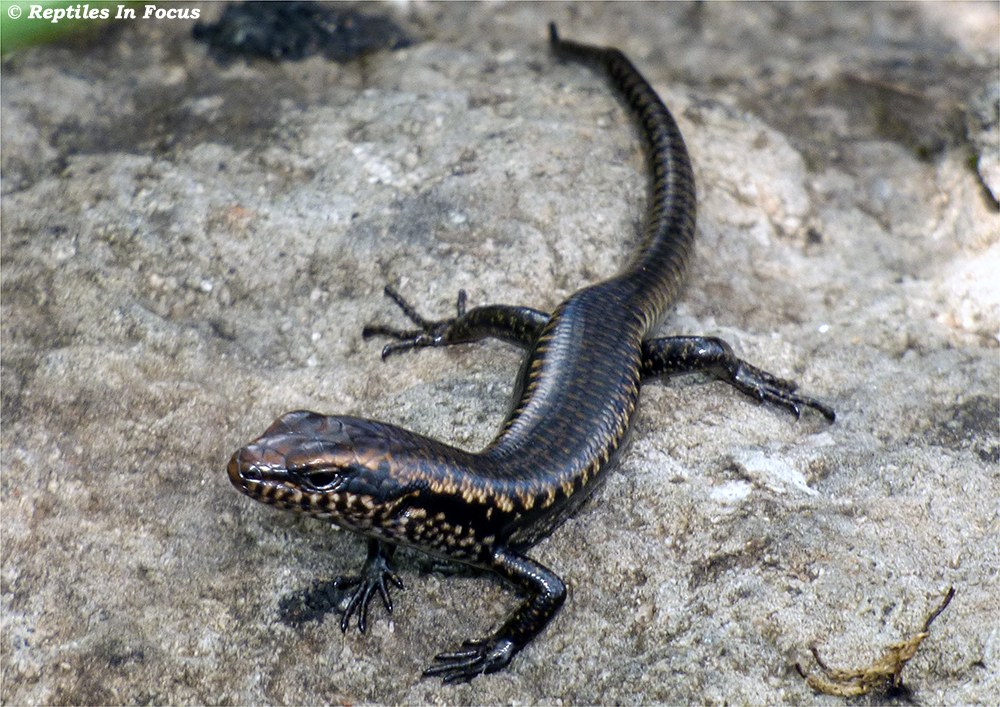 This next Martin’s Skink had a million dollar view overlooking the southern escarpment and Moran Falls from the Python Rock lookout. 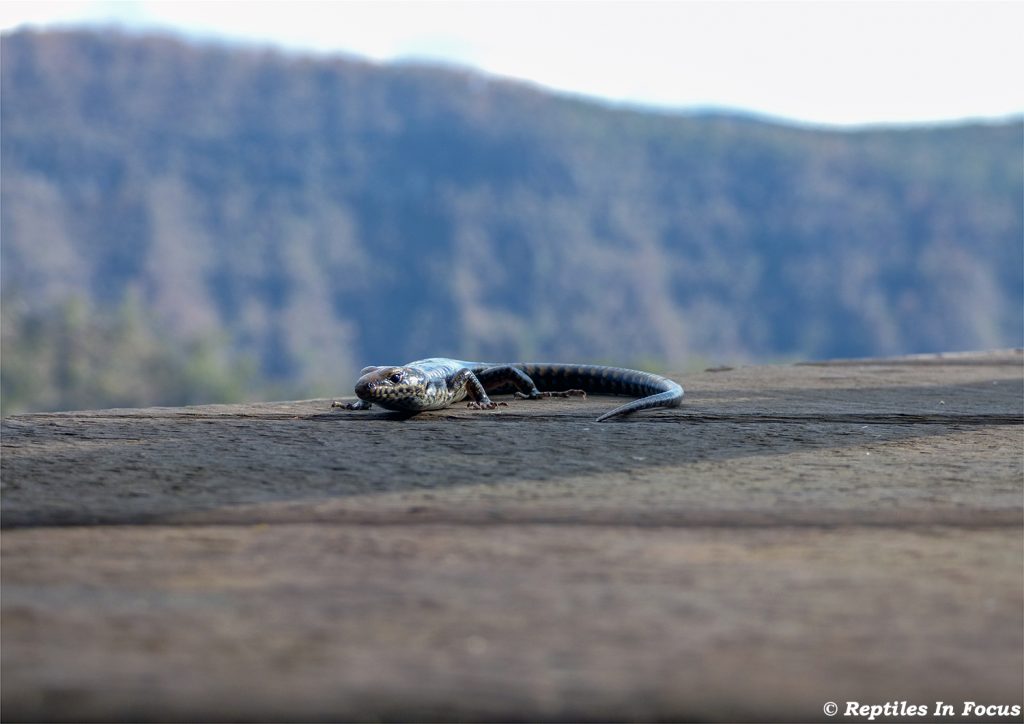 And this fella decided that he didn’t want me to take his photo at all. Snob! 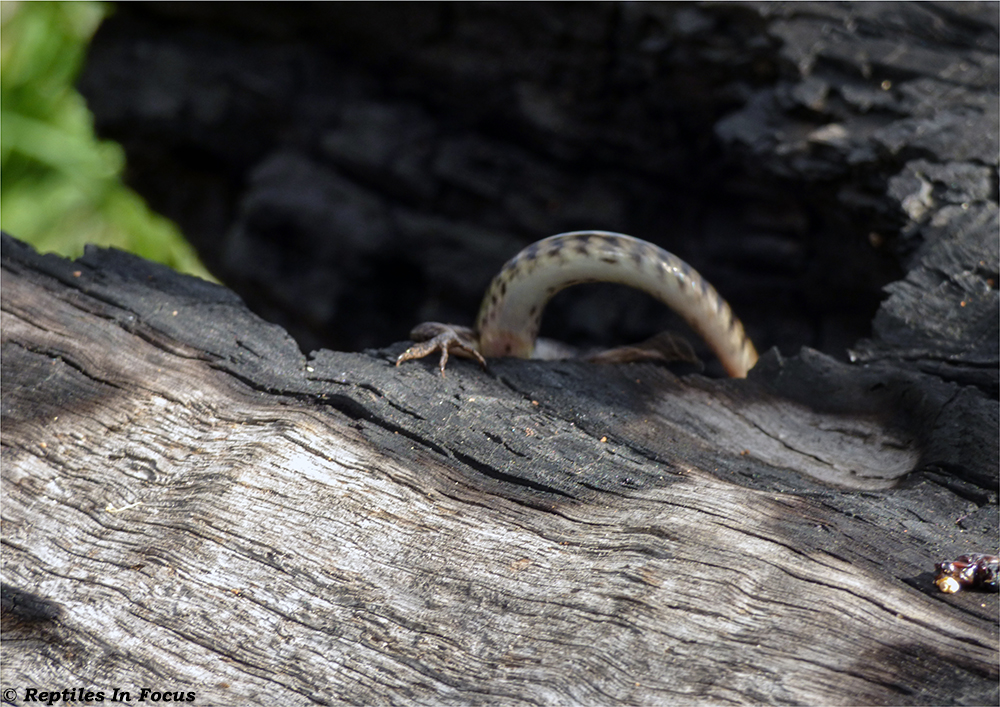 This Challengers Shade Skink was one of three sitting on the same log when Judy and I were heading back for lunch. Unfortunately I didn’t take too much time photographing them and the only photo I got of a very dark specimen was out of focus. It was posing beautifully too. Oh well you win some and lose some. 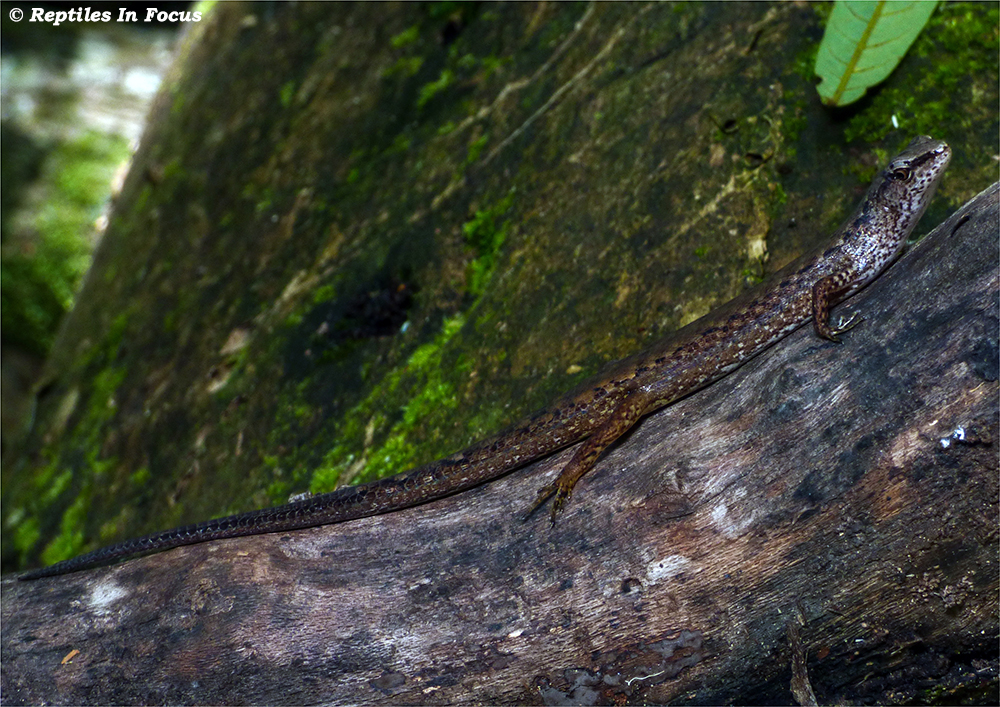 This Pink-tongued Skink was photographed late in the afternoon heading out on my final night walk for the trip. he wasn’t all that happy about posing in the end either giving me a good view of the reason for the name, a bright pink tongue. 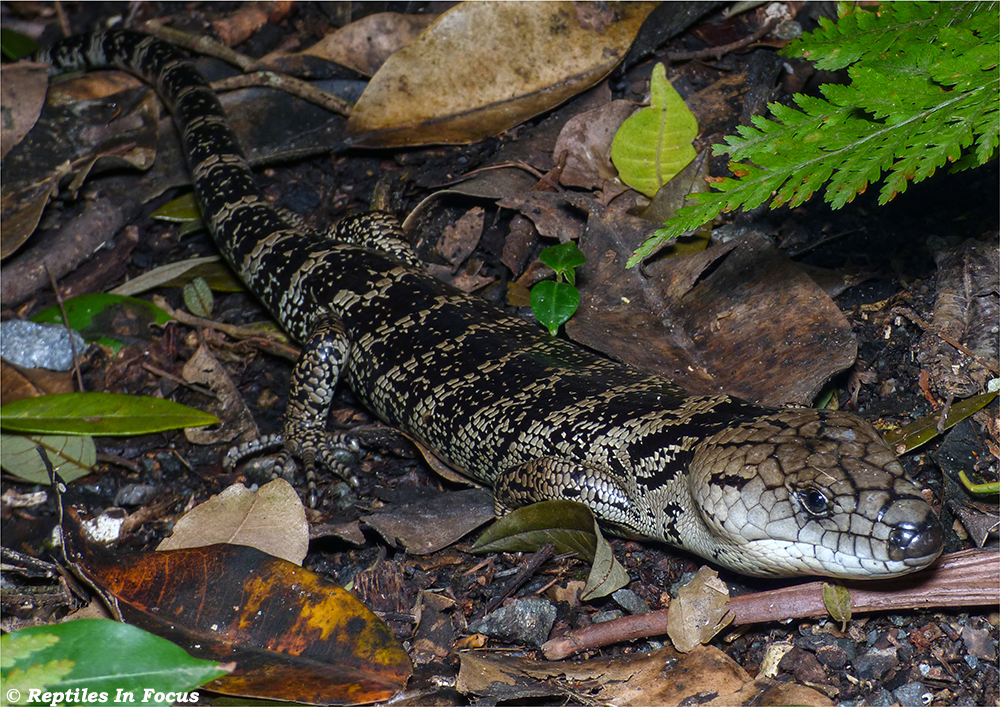 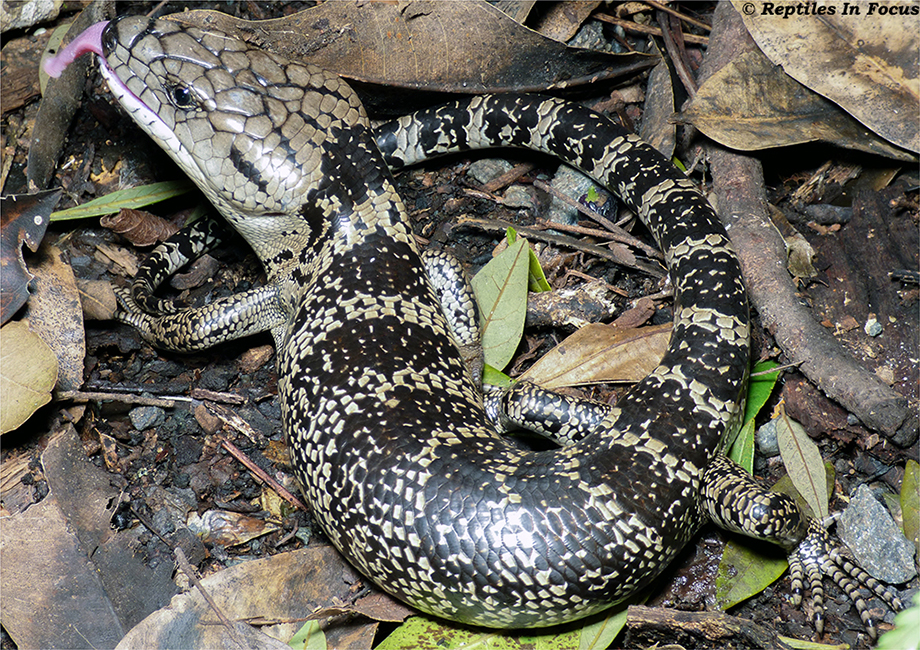 I’ll close before I get boring (hopefully it’s not too late) with a couple of superfluous shots of a small water fall using different shutter speeds. I have been inspired by a few people close to me to start a blog here on my website to document my travels, and have a couple more posts waiting in the wings ready to go. Hopefully I can stay motivated to continue with the documentation as the photo opportunities present themselves, we’ll see how we go.

Please let me know what you think good or bad, I would love the feedback.

Talk to you soon. 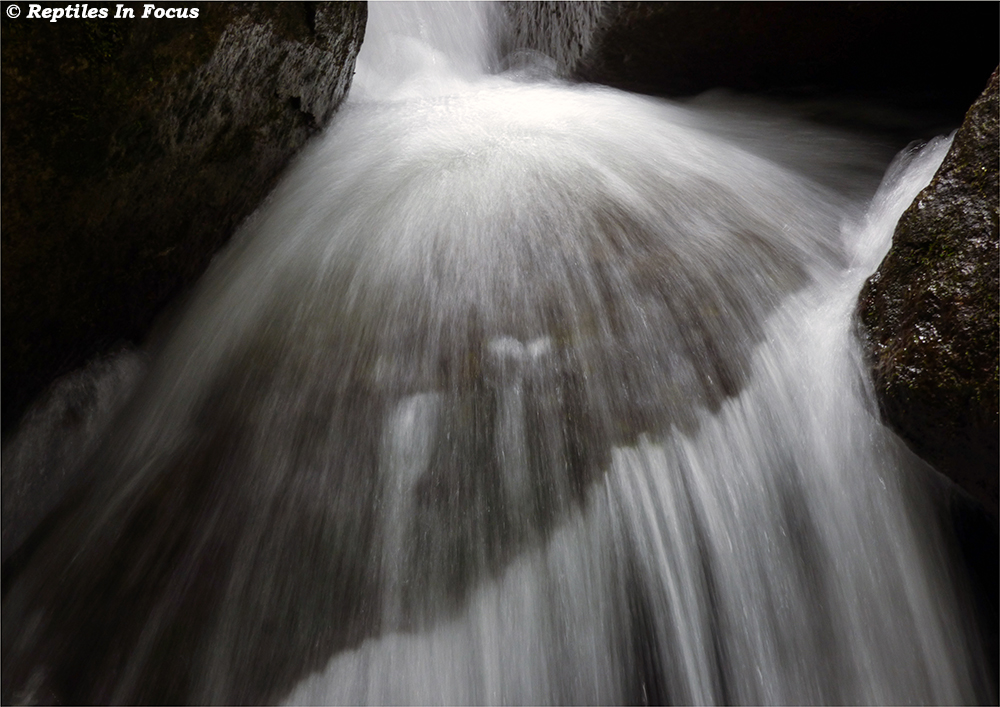 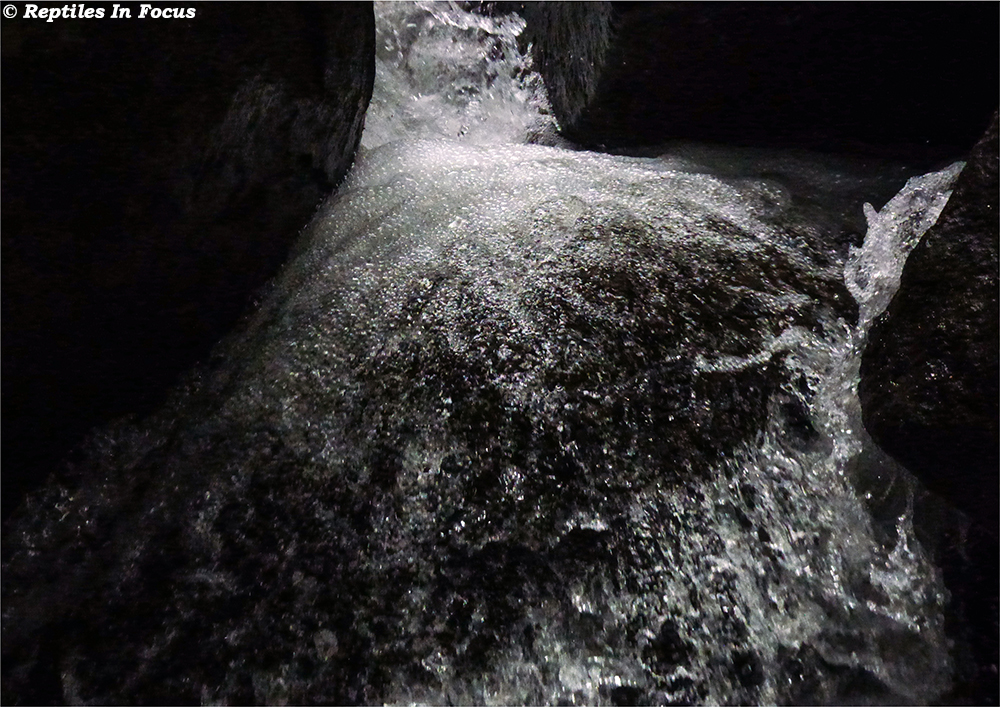 This publication is a culmination of many years of wonderful experiences shared with like minded friends and family and all of these magnificent creatures as well as many others. I had always hoped that one day I might be able to make a positive difference however small... More About the Book

All of the images displayed on this web site and within the books, software, enclosure backgrounds and art works are subject to copyright and may not be copied or used in any manner without the written consent of the photographer, which can be sought via the contact page.