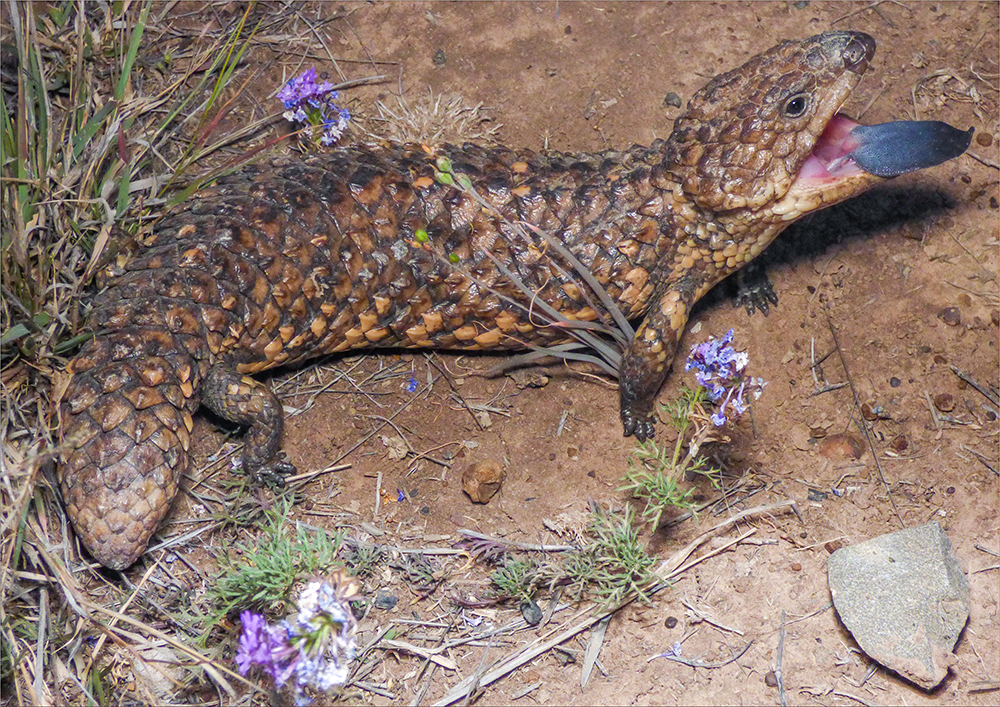 The Shingleback is an iconic Australian lizard, found over much of Southern and Western Queensland, most of N.S.W as well as Western Victoria, South Australia and Southern Western Australia.

Though strictly not found within the South East Queensland region, they do come very close having been reported from near Dalby in the past. The fella in the photo is from the agricultural area to the west of Dalby.

It’s hard to pick favorites when it comes to animals in general but these guys rank pretty highly on my list.